Home / Norfolk the county of little villages and big churches

I took a couple of days off to visit Norfolk and took lots of pictures. The beaches are lovely but the weather for late June this year was cold a grey. Instead of sunbathing  I explored some beautiful villages with flintstone cottages.

A tiny hamlet in Norfolk was the birthplace of our most famous admiral, Horatio Nelson. He was the son of the vicar of All Saints, Burnham Thorpe. The parsonage where he was born no longer exists but there are memorials to Nelson in the church and his parents are buried there. Nelson is buried in St Pauls Cathedral.

Like most churches in Norfolk it is of flint and it is big. In C13th when it was built Norfolk was very wealthy because of the wool trade and wool merchants gave money towards church building.

Another Norfolk navy man was George Vancouver (1757-98). He was an explorer among other things, can you guess where he went? Yes of course. From 1791-95 he charted the Pacific coast in north-west America, in present-day, Canada, Alaska, Washington State and Oregon.

Vancouver’s career in the navy began when he was 13 and he joined Captain James Cook’s second voyage to discover theTerra Australis. This is the name given to a land mass experts believed was south of Australia. Cook sailed across the artic circle without finding anything and was forced to turn back to Tahiti for supplies. He did discover New Caledonia on that trip and many islands that became British bases such as South Georgia.

Vancouver was on another ship, HMS Discovery that took part in Cook’s third and final voyage which went as far north as Alaska. Ten years later Vancouver was given the command of the Discovery and began his own explorations.

George Vancouver was from Kings Lynn and there is a statue of him near the old harbour area. This quarter of the town is beautifully preserved with several fine merchant’s houses which indicate how prosperous the town was for many centuries. . I loved the guild hall built over many centuries in a chequered pattern of flint and stone.

The first part with the big window was built in the 1420s. In 1624 the part to the left of the original section was built. A stone coat of arms of Elizabeth I that came from a local church and dating from 1500s was used to decorate the wall above the door. Later in 1664 the coat of arms of Charles II was added to the gable. It was extended again in 1895 and now it is used as the tourist information centre and the town museum now.

The other Norfolk church pictured is in the small town of Aylsham. It too is huge compared to the size of the town. In 1300s the lord of the manor here was John of Gaunt and although he probably never visited the area, he gave money to build the transept.

Sir Humphrey Repton is buried in the churchyard (1782-1818). He was the last great garden designer of the C18th. He lived nearby at Sustead and turned to garden design at the age of 38 after trying his hand at many other ventures. He laid out the grounds at Sustead. He painted watercolour pictures in expensively bound books for his wealthy customers showing the before and after of his landscaping.

Like his predecessor, Capability Brown, natural looking views feature in his designs but he used paths and terraces as well.  One of his most important commissions was at the Woburn estate for the Duke of Bedford. This led to him being asked to design Russell Square on the duke’s land in London which was being developed into the district known now as Bloomsbury.

Repton had a small house in Romford near London and his other designs around London include Kenwood and my local park, Wanstead Park. 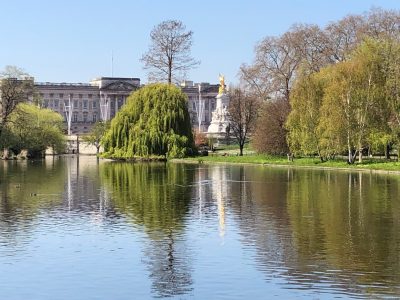 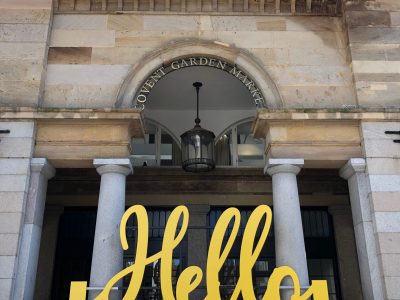