This is a blog about the politics at the time this picture was painted.  The painting is huge (around 5m x 2.5m). People in it strike heroic poses, and the duchess is in the centre dressed in shining white. It was made to stand out from the crowded walls of the Salon of 1819 where it was first exhibited.

The duchess sailed from Pauillac during a turbulent time in French history. There were frequent changes of government and an awful lot of Louis between 1800 and 1850. So, let’s look at what was happening.

First of all, Who She?
Her name was Marie-Therese Charlotte of France (1778-1851) and she was the daughter of Louis XVI and Marie Antoinette, their only child to reach adulthood.

In 1796 she left France for Vienna and then Jelgava, Latvia where the next in line to Louis XVI was living, a brother, the future Louis XVIII. This brother had no children but another brother did (Charles, future Charles X), so a marriage was arranged between Marie-Therese and Charles eldest son.

Marie-Therese’ husband was Louis-Antoine de Bourbon, duc d’Angoulême. After Jelgava, the royal family lived in the UK for a few years until 1814, when Napoleon was exiled to Elba and they returned to France.

Louis XVIII’s government
Louis XVIII had to accept rule as a constitutional monarch. Freedom of religion was allowed. Those who had bought land and goods belonging to aristocrats or the church that had been confiscated during the revolution, “biens nationaux”, would be able to keep them.
He promised to abolish taxes on wine, tobacco and salt but reneged on that because Napoleon had left a huge deficit (75 million francs) and he needed money.
His government had two chambers, a House of Deputies – elected for a 5-year term by the 90,000 French people who had a vote (just under 10% of the population). The deputies were wealthy and they tended to be “Ultras”, a faction that wanted to return to the pre-revolution politics of the king, the nobility and the church wielding all the power. They saw anyone who had embraced the ideas of the revolution as enemies. The duc d’Angoulême was a leading Ultra.
The second chamber was the House of Peers, initially chosen by the king either for a term or for life at the king’s discretion.
The king also had a Royal Council made up of his brother, Charles plus Charles’ sons the Duc d’Angouleme and the Duc de Berry, plus Talleyrand. The royals were planning to renege on many of the promises made regarding a constitutional monarchy and the “biens nationaux”. Then Napoleon escaped from Elba.

Napoleon Returns
On 1st March 1815 Napoleon landed near Cannes to regain control, many solders defected to him. A fortnight later he arrived virtually unopposed in Paris. Louis XVIII had already fled to Belgium. Bordeaux was pro-royalist but ordinary people were torn between loyalty to the king and their disappointment that France was losing the territory won during the Napoleonic era and the way the Ultras had treated French citizens.

The duchess of Angoulême was in Bordeaux when Napoleon entered Paris. She tried to rally soldiers to fight against him. The soldiers agreed to defend the duchess but refused to fight Frenchmen who had sided with Napoleon.

Napoleon ordered her arrest. Believing her cause to be lost she agreed to leave to spare Bordeaux from any revenge on the citizens that Napoleon might take. She left from Pauillac on 2nd April 1815 and sailed to Spain, then England. From there she crossed the Channel to join the rest of the royal family in Ghent. Because the other royals had either fled or surrendered, Napoleon remarked “she is the only man in her family”

8th July Louis XVIII was restored to the throne. When he died, his younger brother became Charles X and Charles gave Antoine-Jean Gros was given the title, baron. 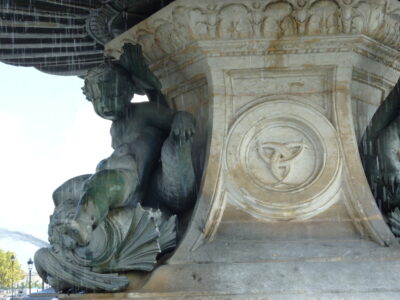 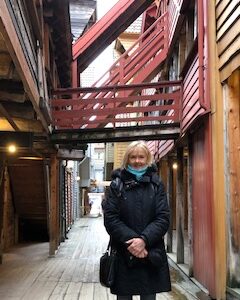 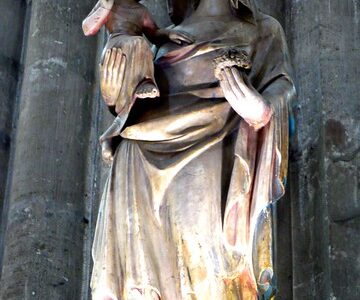